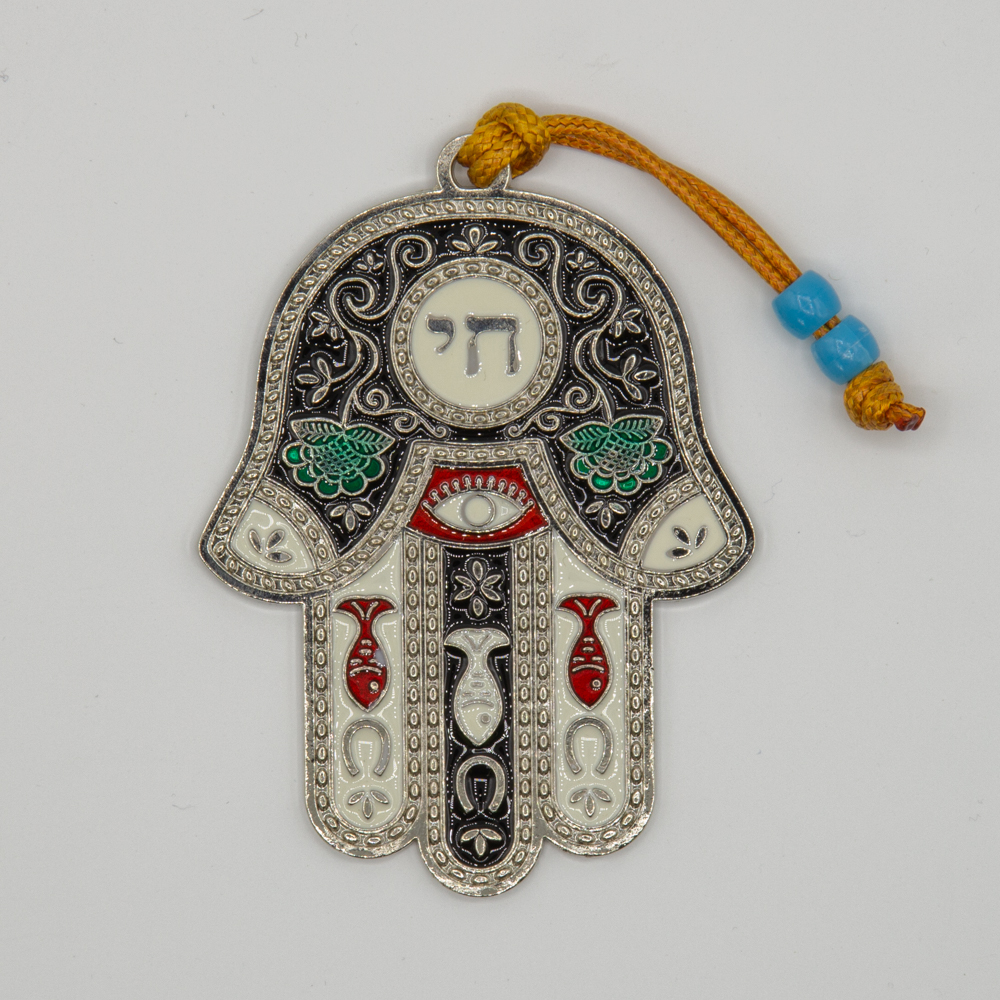 Next one
View full size

The Hand (Hamsa), particularly the open right hand, is a sign of protection that also represents blessings, power and strength, and is seen as potent in deflecting the evil eye. One of the most common components of gold and silver jewelry in the region, historically and traditionally, it was most commonly carved in jet or formed from silver, a metal believed to represent purity and hold magical properties. It is also painted in red (sometimes using the blood of a sacrificed animal) on the walls of houses for protection, or painted or hung on the doorways of rooms, such as those of an expectant mother or new baby. The hand can be depicted with the fingers spread apart to ward off evil, or as closed together to bring good luck. Similarly, it can be portrayed with the fingers pointing up in warding, or down to bestow blessings. Highly stylized versions may be difficult to recognize as hands, and can consist of five circles representing the fingers, situated around a central circle representing the palm.